I don’t know about you, but I obsess a lot.

When I find a interest, I research everything about it and do it until I’ve mastered it. That’s a good quality if you actually use it to further your life. And it can easily lead you astray like it did for me.

A typical day a couple of years ago.  Before work I would wake up next to my girlfriend, start my computer and play as much as I could before I had to leave for work. At work I would plan how to build my character, where to level up and what weapons I would use and watch the hours drag by, until I could get home and play my game.

The games took so much focus from my life that I neglected my work, health and relationships. 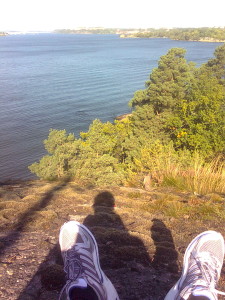 I woke up from this after our relationship ended on mutual terms and I had time to reflect and time to think on my own.

I remember when I sold Dark Souls 2 last year. I had stopped playing it, but came back to it once in a while to level up a new character. The thing is I’ve already done most of the challenges and if I took up a new one, I knew I would complete it given enough time and effort.

One day I had enough, packed my Xbox and games, went to a game shop to sell it whatever I could get for it. The price wasn’t important. As I handed the Xbox and games to the guy working the store, I didn’t feel much. He wanted me to get a bonus card, but told him I wouldn’t use it. As I left the store I got this immense feeling of a weight lifted from my chest and great relief.

By selling my Xbox it left me no choice but to do something else with my time. Before I had to say NO. Now there is nothing to struggle.

Now I wake up and play with my girlfriend, brew us both a cup of coffee before I leave for work. At work I’m doing my best, while making plans for how I could advance in my career, do my second job better and building this blog for you guys!

If you want to live a successful life, limit or eliminate your gaming habits.

It’s hard at first, but nothing worthwhile is easy.

Are you ready to stop playing videogames to achieve your desires?

Have you already done it and what did you do with that free time?